Exporting to the USA or Canada

Establishing presence in the USA or Canada

Trade missions to the USA, Canada or elsewhere

We became the first private firm in Sherbrooke, QC, Canada dedicated to US Business and started accompanying SME’s from Quebec and New Brunswick in their quests to expand in the USA. To this day, we are still recognized by our peers as THE reference in the field of international trade with the USA and vice versa with Canada for US entities.

We are invited by the United Nation’s International Trade Center (INTRACEN) in Geneva during the World Export Development Forum to present our background paper:

Since 1999, we have helped over 250 SME’s from Quebec, New Brunswick, France and the USA to expand or export in the USA or Canada. In March of 2019, we arranged the largest trade mission to four New England states from Sherbrooke, QC has Chief of Mission for the ACET – National Bank with 21 start-ups and 45 business people.

WE CAN HELP YOU WITH:

Pierre Harvey benefits from 30 years of streetsmart experience in export coaching, strategic market positionning in more than 48 countries of the world and with over 250 SME’s from Quebec, New Brunswick, France and the USA. He is considered a specialist in the Northeastern USA’s business environment for the Eastern Townships region of Southern Quebec.

Mr. Harvey has a Master of Science in International Relations from Long Island University in New York City as well as a United Nations Graduate Certificate of Studies from the same university.

He became the first Trade Commissionner of the Eastern Quebec region in 1997 as well as the youngest Trade Commissioner in Quebec at that time. Back in Sherbrooke in 1999, he founded Harvey International a firm dedicated on helping SME’s from Canada and the USA to expand into new and foreign markets with a specialty on the US Northeast region.

In 2009, Mr Harvey was invited to join a Quebec think tank called Groupe Avenir Quebec led by Jean Allaire a founding father of the Quebec ADQ Party. Mr. Harvey led the Business and Economics section of a document called ”Pour un Québec plein de promesses” aiming at providing ideas and views on the future of Quebec as a founding Province of Canada.

Mr Harvey is married to Hélène Rioux. They live in Sherbrooke and are the proud parents of their two daughters, Élisa and Laura. 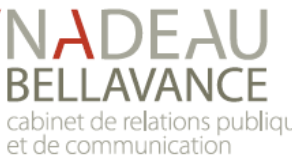 Please fill out the followinf form.